On this page you can find information on assessment and exams in relation to both PreIB and IB. 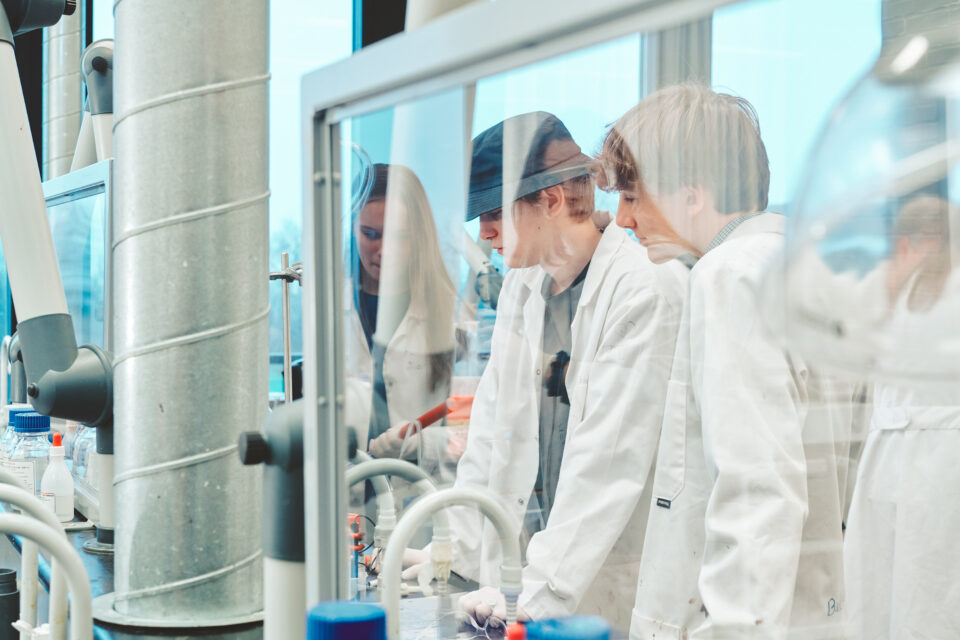 As the PreIB course follows the levels and regulations for the Danish stx 1g course, PreIB students will be tested in a similar number of subjects as an average stx 1g student. The Danish grading system (-03 to 12) is used.

All exams are internally assessed by teachers from Hasseris Gymnasium.

During the first term of PreIB students have exams in

By the end of the school year PreIB students have written and oral mock exams in some of the PreIB subjects. Which subjects will be tested by an exam will not be announced until the middle of May when the Danish stx exam schedule is released. In PreIB students also write a “PreIB Historical Investigation” as part of the preparation for the academic methods used in the IB Diploma Programme. In Music the mock exam consists of active participation in a concert performed at the IB2-End-of-Exam celebration in May, and in Visual Arts the mock exam is an exhibition based on a Spring Project.

Assessment outline for the IB Programme

The final IB examinations conclude a two-year teaching period, during which a variety of assessment methods have been used to acknowledge both the content and the process of academic achievement and to take into account different learning styles. Thus, during IB1 and IB2 exams are both internally assessed by IB subject teachers from Hasseris Gymnasium and externally assessed by an international board of examiners, both of which measure student performance rigorously according to established IB standards and criteria that are consistent from place to place and year to year. The assessment follows this outline:

In the IB Diploma Programme a student’s examination performance in individual subjects is scored on a scale of 1–7 points with a further 3 points available based on a matrix of performance in Theory of Knowledge (ToK) and the Extended Essay (EE).

IB subjects are marked according to the following scale:

The ToK course and the extended essay are graded according to the following scale:

You can read more about IB assessment methods on www.ibo.org/diploma/assessment/

In order to achieve the IB Diploma a candidate must fulfil certain requirements; at its most basic level students must achieve at least 24 points from their combined grades in six subjects, together with their grades for ToK, the EE, and also complete the Creativity, Activity, Service (CAS) element. However, to ensure that a diploma reflects sufficient breadth in achievement across subjects and the core there are particular requirements which are failing conditions when not met.

1. CAS requirements have not been met.
2. The student’s total points are fewer than 24.
3. An N has been given for Theory of Knowledge, Extended Essay or for a contributing subject.
4. A grade E has been awarded for one or both of Theory of Knowledge and the Extended Essay.
5. There is a grade 1 awarded in a subject/level.
6. Grade 2 has been awarded three or more times (HL or SL).
7. Grade 3 or below has been awarded four or more times (HL or SL).
8. The student has gained fewer than 12 points on HL subjects (for students who register for four HL subjects, the three highest grades count).
9. The student has gained fewer than 9 points on SL subjects (students who register for two SL subjects must gain at least 5 points at SL).

In both PreIB and IB attendance in all mock exams and other exam components is mandatory. If a student falls ill, he or she must contact the school immediately and prior to the beginning of the exam. The school retains its right to ask for a doctor’s note. Failure to comply with this policy means that promotion to the next school year will be jeopardized.

Term grades and policies for promotion to the next class level

Three times a year, in early November, January and May, teachers will give term grades to all students in PreIB and IB. Grades are based on a general impression of written works, oral performance and class participation. Sometimes the grades will be accompanied by a personal comment. Teachers and the IB coordinator team will then communicate about the individual students’ academic achievements, and if a student’s grades give cause for concern, he or she will be asked to attend a meeting to discuss the situation with the IB coordinator team. A general guideline is that for a student to be promoted from PreIB to IB1 at least average grades (usually 7 on the Danish scale) is required in the student’s chosen IB subjects. To be promoted from IB1 to IB2 end of year grades as well as mock exam grades from June must suggest that the student can achieve a full IB Diploma Exam by the end of IB2. Term grades, end of year grades and mock exam grades will be available in Lectio, and no paper version will thus be sent to parents and students. It is the responsibility of students and parents to check the grades once available.