As part of their youth education the students must complete a voluntary extracurricular program called CAS (short for Creativity, Activity, Service). The main point of CAS is to teach the students that learning and personal growth should not only take place at school, but must also happen in the community around them. This must be achieved through voluntary experiences and projects that they initiate in cooperation with their CAS coordinators and local institutions, organisations, businesses, etc. These experiences and projects must be carried out when the students are not engaged in school activities, which means that they usually ‘do’ CAS after school or on the weekends. 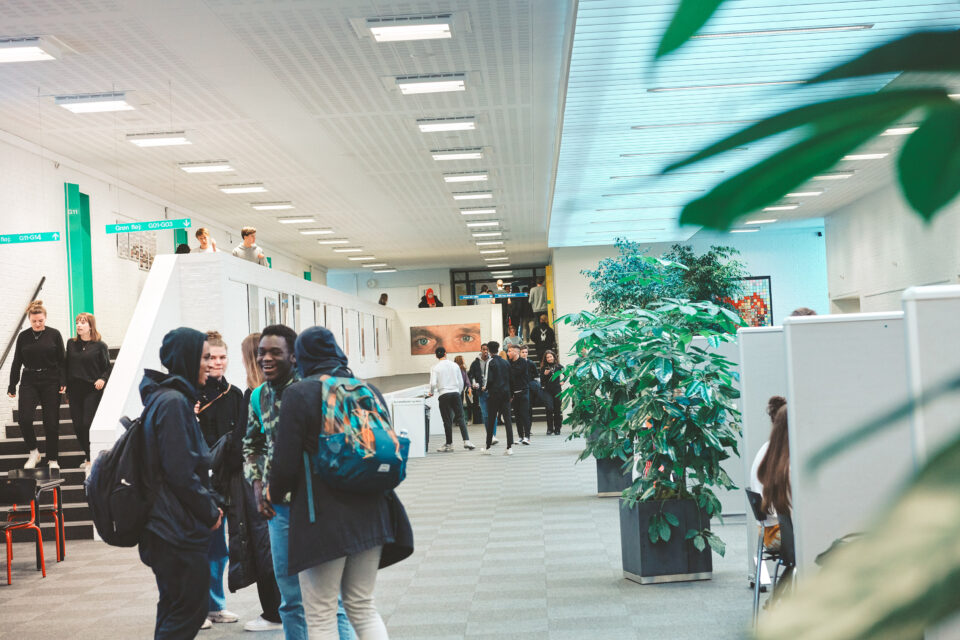 All the extra-curricular activities encouraged by the school’s CAS programme have encouraged me to stay active in my spare time, which has had a tremendous impact on my self-development, both professionally and personally.

What do we expect?

What do we expect from the students?
The students use a five-stage-model to investigate, plan and carry out their CAS experiences and projects in order to reflect and demonstrate that they have worked with seven specific learning outcomes that urge them to develop new skills, learn how to cooperate with others, take responsibility for their actions and show that they understand how their choices affect the people around them. When the students volunteer at an institution, in an organisation or with other CAS partners they are expected to keep the terms that they agree on with the specific CAS partner. The students represent the school and must behave in an ethical way.

What do we ask of our CAS partners?
We have several on-going projects with different local organisations (SFO at Skipper Clement, KFUM in Hasseris just to name a couple) and we hope that you will be interested in a partnership with our school. For this to succeed we would like to provide you with a few guidelines. In our experience, it is always a good idea to specify your expectations and requirements for our CAS students.  It is extremely helpful when the students know what is expected from them in terms of their level of involvement. The nature of the voluntary work must also be meaningful and allow growth and reflection – it must not be confused with free labour. We also hope that by taking on our volunteers your organisation will take into consideration their involvement in school activities, which at times may have an effect on their participation.

We sincerely hope you will consider working with our school! 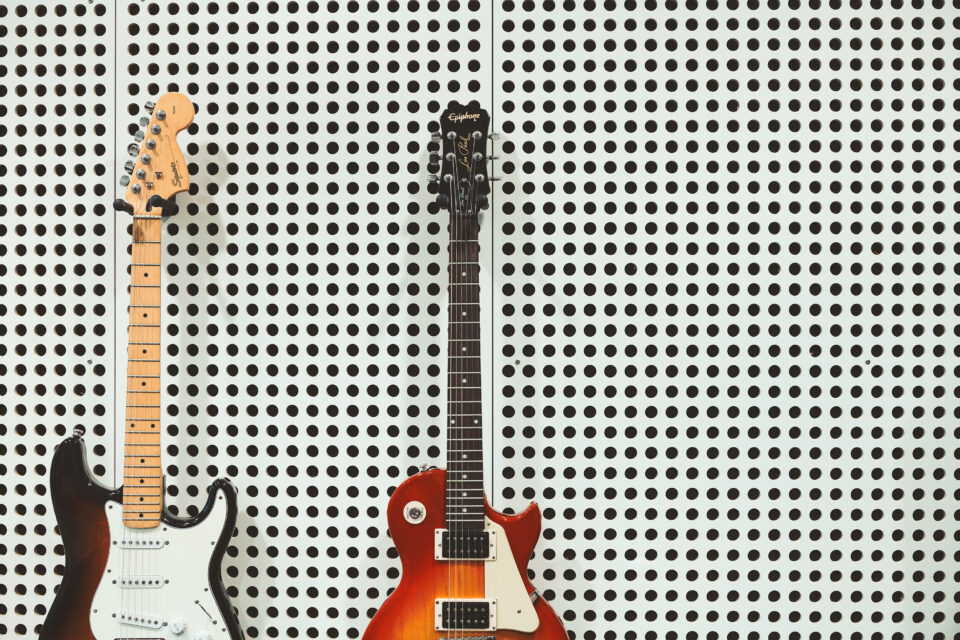 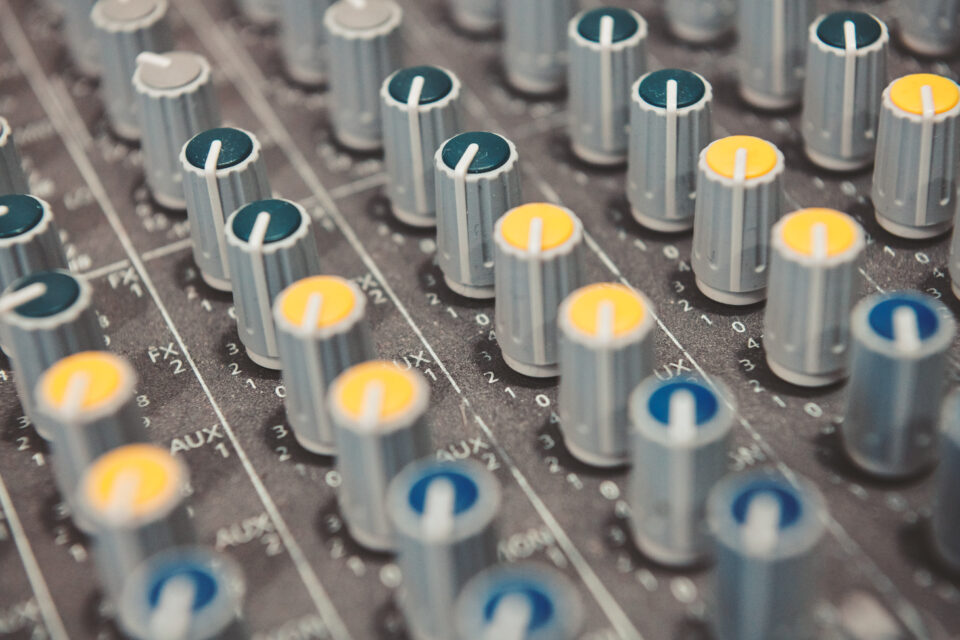 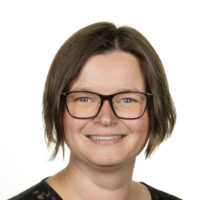 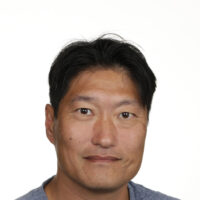 As a result of your CAS you should have: 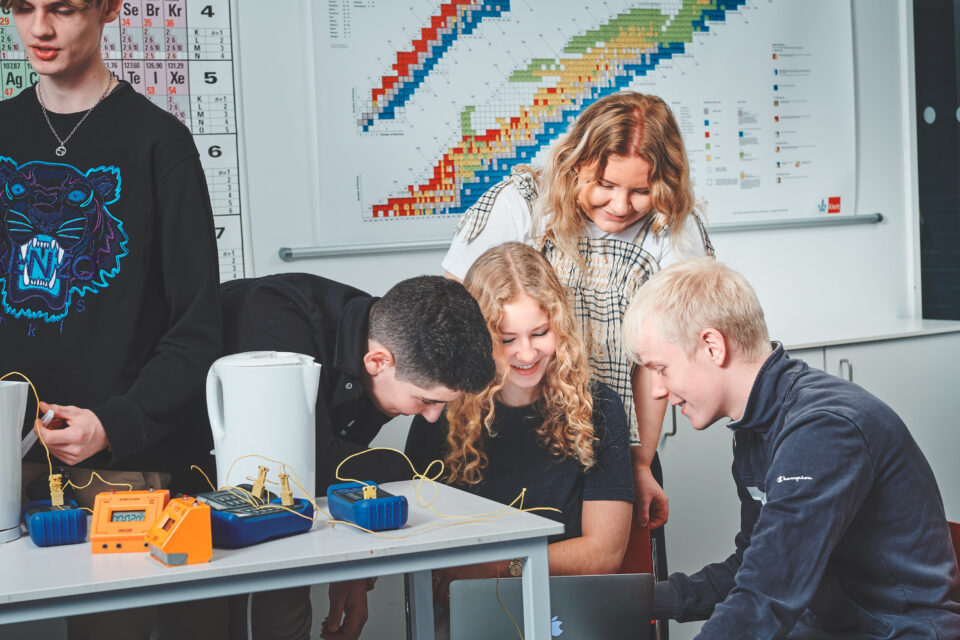 Have a look at these handbooks and guides.

After all, good deeds are rather contagious and sometimes all you need is a massive load of inspiration and a gentle push in the right direction.

Considering how much I have benefited and developed from my various CAS activities, I believe that it is vital to get these positive experiences communicated to a wider audience – not only in order to get a chance to reflect on your own experiences and how the different activities have developed you personally, but also in order to encourage other people to do the same thing. After all, good deeds are rather contagious and sometimes all you need is a massive load of inspiration and a gentle push in the right direction.
Thus, I decided to communicate my CAS experiences in two of my main projects – my activity as a voluntary writer at Study Aalborg and my activity of tutoring fugitive children. I decided that an ideal occasion to do so was at my school’s CAS Fair – a fair being held a Friday afternoon during the course of which the Pre-IBs and IB1s can walk around and get inspiration to initiate their own projects. I decided to communicate my CAS activities in this exact forum, as I want my fellow students to know about how successful my CAS experience has been in order to encourage them to actively engage in their own projects. I wanted to be an example of just why CAS is at the heart of the IB model, as I through my activities have developed so significantly and obtained invaluable skills that I undoubtedly can use both in my academic studies and also take with me throughout life.

At the fair, I had a stand and several posters explaining my activities. A lot of people came to my stand and were interested in getting to know about my projects. I was really happy to learn that people found my activities to be exciting and that they perhaps wanted to do something similar. A couple of girls in fact decided that they wanted to be homework tutors after hearing about my experiences in the homework café. This was a really satisfactory experience, as this was exactly what I was hoping to achieve through the communication of my CAS experiences – to inspire other students to engage in voluntary work. 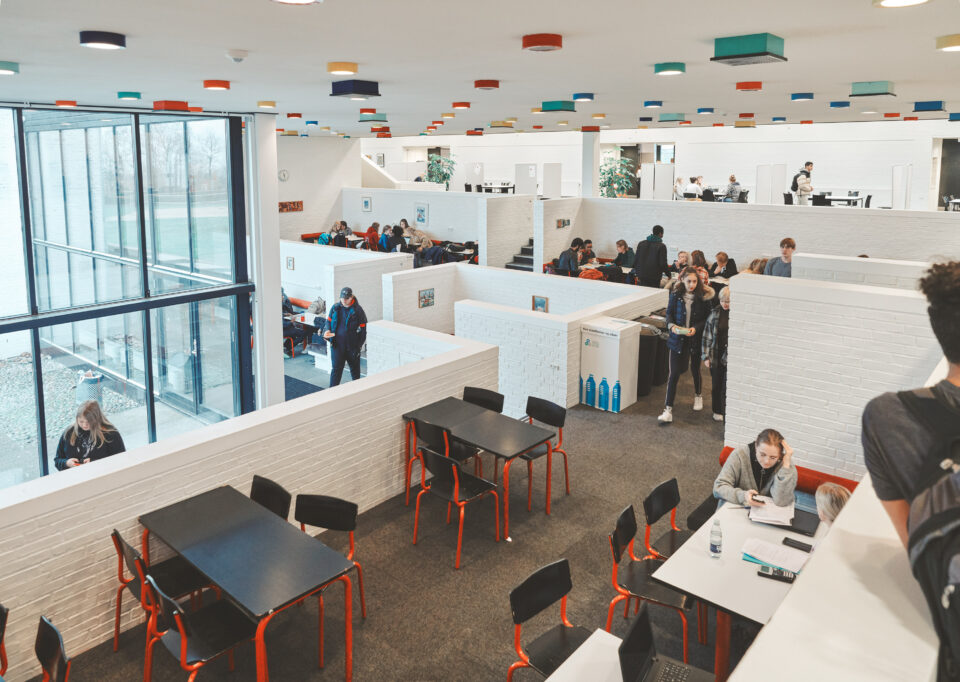 I think it has been one of the most life-affirming experiences of my life. I have experienced a great feeling of fitting into a society that is not ‘stereotypical’ in any way.

Creativity and service: Christmas at Christiania

For many, Christmas is a time where family is first priority. I grew up with the same tradition. As a child it was great – it was normal. But, thanks to the philosophy of my previous school, I started questioning the Christmas tradition (as well as many other things, I might add), which for so many years had been a huge part of my life.

I have now spent my Christmas days in Christiania twice. I went there the first time with an open mind and a sincere hope to feel at home. At the age of 17 it was a big step to make the decision of not spending Christmas with my family and instead going alone to a place where I didn’t know anyone.
The first year I mainly worked in the kitchen. The main challenge was to work under the pressure of knowing that we had to get everything done in a fairly short time. Another issue for me was that, since the society in Christiania is very welcoming to all kinds of people, some of the helpers were more challenging to work with than others.
This year I was all over the place, working a little in the kitchen, but mainly I ended up decorating the hall – especially the bars, which turned out looking really good! I was asked to be in one of the bars Christmas Eve. From 5pm until 2am we worked under extreme pressure, as 1200 people (plus some hundreds extra, that arrived later in the night) needed drinks. Apart from having to serve beer for so long, we also had to consider whether the people we served were in a state of mind where they could drink. Some people were mentally ill, some stoned to an extreme, others simply very drunk. I did meet a couple of men that I didn’t feel very comfortable talking to, but I did my best to stay open minded and I felt that I managed to spread happiness to the people that were at the bar.
I think it has been one of the most life-affirming experiences of my life. I have experienced a great feeling of fitting into a society that is not ‘stereotypical’ in any way. I have dealt with people of many backgrounds and I certainly feel that I have grown as a person. But not only have I grown myself, by spending time with all those beautiful people, we have all shared ideas, laughter and love. 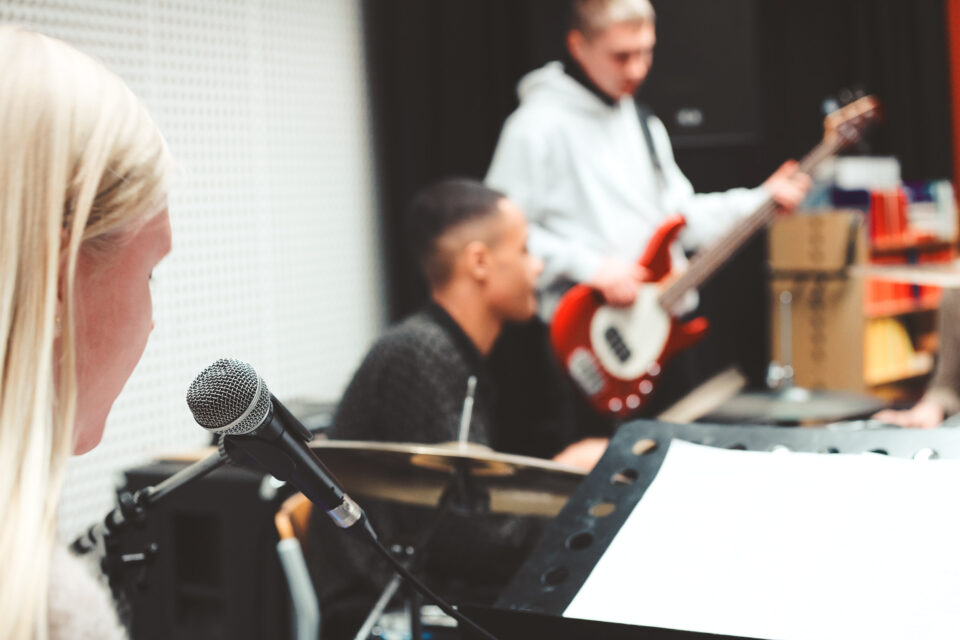 A very important thing any IB student needs to know is that they are not alone; everyone else is struggling with the same thing. Especially in CAS it is very useful that you share your experience, if you have a good CAS project, which you think others need to know about.  The CAS exhibition is a good way to do this.

I had the job of organizing the exhibition back in the fall of 2011. I and a few others were working on it for a long time, making flyers and arranging the day.  We did have a lot of people show up and take a look around, and it generally went well. People made booths where they could sit and talk about their project; others displayed artworks they had made especially for the exhibition. That is what makes CAS fun, you try things you normally wouldn’t have tried.

These experiences you can bring with you into university, and in the university they appreciate people who have done this kind of work, and gotten this experience. 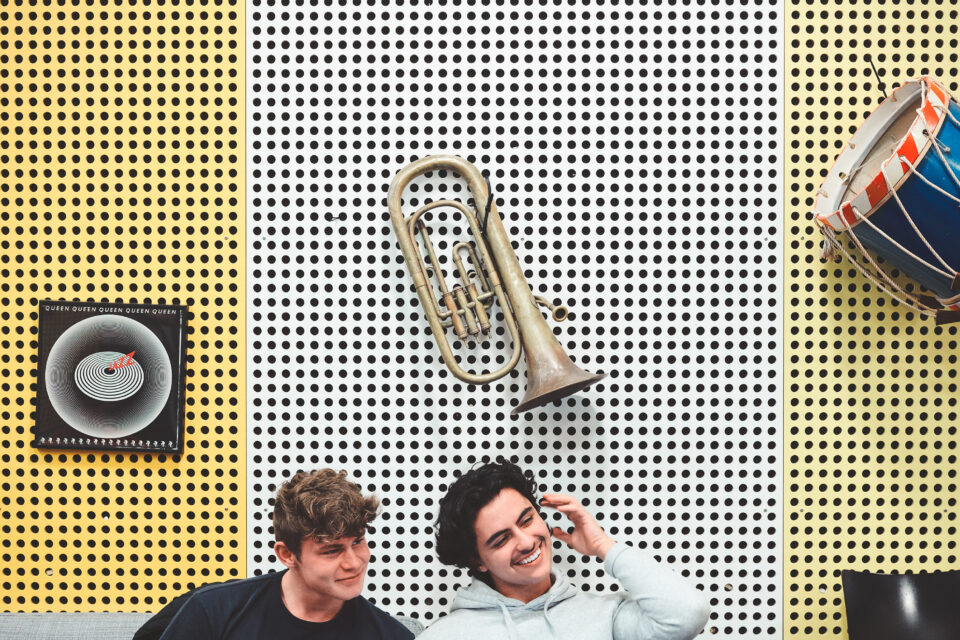